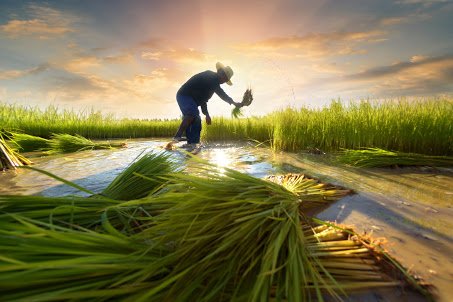 With the advancement in agriculture, Agri-Machinery has become the most important part. If we talk about the growth of the agricultural sector, technology also plays an important role. Indian farmers are using Agri-Machinery for a long time. It has started with manual tools, then animal-drawn tools, and with the industrial revolution, big machinery is used in farms.

As clear by the name, it is used to spray insecticides, pesticides, herbicides, and fertilizers on the farm, some sprayers are also used to spray water. Today, the sprayer has become one of the most important equipment in farming.  The sprayer can be an agricultural-aircraft sprayer or blower sprayer. agricultural sprayers also need time to time maintenance including necessary greasing of components, fluid level check-up, and sprayer monitor calibration. For effective spraying, droplet size also plays an important role, and droplet size depends on pressure.

These machines are used for shredding and cutting unwanted plants grown on the farm. Shredder involves three functions, shearing, tearing, and breaking in general, and in agricultural purposes, agricultural shredder is used to cut or remove extra small plants. And shredder can shred all waste like coconut farm waste, banana farm waste, etc. This machine’s frame is made up of mild steel or tungsten carbide and more than one cutter is attached to it.

As it is clear by the name, field cultivators are used to cultivating the farm, it makes the proper seedbed for crops to be planted and also eradicates weeds and makes hardened soil softer so that it can be watered easily and also nutrients can reach the crop easily. It also stimulates microorganisms in the soil to become more active. And field cultivator saves time over plow. Plough needs more work and time in comparison to field cultivator, which is why, now a day’s field cultivator, is used more than the plough.

A chaff cutter is a mechanical device for cutting straw or hay into small pieces before being mixed together with other forage and fed to horses and cattle. This aids the animal’s digestion and prevents animals from rejecting any part of their food.

The milking machine is a nearly automatic machine installation for milking cows. The system consists of the cluster (the assembly that is manually attached to the cow), a milk tube, a pulse tube and pulsator, a vacuum pump or blower, and perhaps a recorder jar or milk meter that measures yield.

cream separator machine for separating and removing cream from whole milk; its operation is based on the fact that skim milk (milk with no butterfat) is heavier than cream. As milk enters the bowl at the top, it is distributed to the disks through a series of openings, the distributor.

coconut dehusking involves removing of the husk from the coconut. This dehusker comprises usage of two horizontal rollers with series of sharp tools which would shear the husk from coconut when rolling against each other. Shear force is required for dehusking of mature green coconut and dry brown coconut.

A brush cutter (also called a brush saw or clearing saw) is a powered garden or agricultural tool used to trim weeds, small trees, and other foliage not accessible by a lawn mower or rotary mower. Various blades or trimmer heads can be attached to the machine for specific applications.

Power weeder offered by us are devices used for removing the weeds, stirring and pulverizing the soil and for loosening the soil after the crop has begun to grow. … This power weeder is self propelled with a fully functional gear box having one forward and reverse gear transmission with clutch.

With the improvements in technology and digitalization, the future of agri-machinery seems to be promising. In the present condition, there are many limiting factors in mechanization, such as

·         Farmers with small landholdings can’t switch to mechanization due to large machines and their costs.

·         For different farm operations, machines are not available,

·         There is not enough coordination between research centers and agri-machinery manufacturers.

Kovai Classic Industries is one of the leading and an innovative Manufacturers & exporters of Agricultural Equipment and farm Machinery in India. We are a well known industry specialized in Manufacturing all kinds of Agricultural machinery.

Get Best Price
WhatsApp Us
Hello, How can I help you today?